Former Libyan Leader Gadhafi Is KILLED . . . Shot In The Head . . . And We Have The DEATH PICS!!! (Warning - DISTURBING Images)

MediaTakeOut.com CONFIRMED this morning that former Libyan leader Moammar Gadhafi died of wounds suffered in his capture near his hometown of Sirte on Thursday.
A top Libyan military official, Abdel Majid Mlegta, told Reuters earlier that Gadhafi was captured and wounded in both legs at dawn on Thursday as he tried to flee in a convoy which NATO warplanes had attacked.
"He was also hit in his head," said Mlegta. "There was a lot of firing against his group and he died."
Check out the photographic evidence below!! 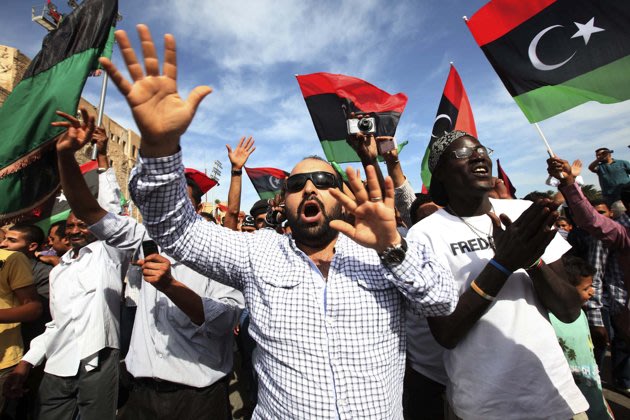