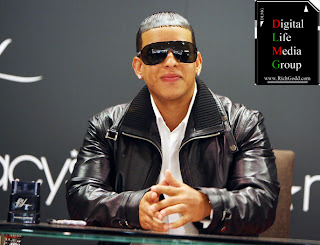 https://www.facebook.com/pages/RIP-Daddy-Yankee/154851617955807
Daddy Yankee died in a single vehicle crash on Route 80 between Morristown and Roswell. He was pronounced dead at the scene by paramedics responding to the vehicle accident and was identified by photo ID found on his body. Alcohol and drugs do not appear to have been a factor in this accident - December 17, 2011
Highway Safety Investigators have told reporters that Daddy Yankee lost control while driving a friend's vehicle on Interstate 80 and rolled the vehicle several times killing him instantly.
The vehicle was believed to have been traveling at approximately 95 miles per hour in a 55mph zone at the time of the accident.
Witnesses have stated that Daddy Yankee's car crossed the double lines several times prior to the accident and hit the center lane divider causing the vehicle to flip and roll.
Toxicology tests will be performed to determine whether he was driving under the influence, however initial findings indicate that durgs or alcohol did not contribute in any way to this accident as it was more likely to been caused by road conditions.
Memorial services for Daddy Yankee have not yet been announced. The service is expected to be a closed casket funeral due to the severe head trauma.