What’s So Special about the Song & the Artist:Spanky is back with his first installment of his “Super Dope House Mix tape” series. His distinct knowledge of music theory is evident throughout the entire mix as he harmonically mixes the entire set. This brand new style of DJ-ing, his turn-tablist skills at scratching, along with his flare for the dramatic encompass Spanky’s love for House Music. With the “Super Dope House Mixtape” Spanky ushers in the future of the genre.

Pictures of the Artist / Cover Art for the Song:

Spanky Has never been one to follow the rules. The Long Island native’s proficiency behind the turntables is due to his refusal to conform to the norm.

As a result of his childhood curiosities. Spanky has taken the same inquisitive spirit and applied it to his craft today, finding tracks suitable for creatively remixing some of the music industry’s most popular records.

Spanky earned his moniker at the age of 10, when he would sneak out of bed at night to play with his father’s record collection on a set of turntables. Once his parents caught wind of his after-hours antics, he was immediately compared to the problem child of The Little Rascals fame, Spanky. Rather than stifle his passion, Spanky’s father embraced it, bringing him along to local house parties he would spin at. Occasionally, Spanky had the opportunity to spin a few records himself.

As the years progressed, Spanky had one goal: to score gigs as a professional DJ. With that in mind, he would stand outside many New York City hot spots and hand out his mixtapes to club owners and promoters. His mission was to prove that his knack for blending records at 16 years old was up to par with the city’s premiere turntablists. “I love music down to the simple sounds of the boom bap to a hip-hop track,” says Spanky, who cites DJ AM ,DJ A Trak , DJ Vice DJ Kid Capri, DJ Qbert, DJ Enuff and DJ Riz as influences. “Being able to play music and have a crowd of people react to each track you scratch or blend gives me a feeling that I can’t explain.”

His tenacity caught the eyes and ears of many club promoters in the tri-state area, and in 2006, though he wasn’t officially on a major radio station, Spanky was asked to do a live Saturday broadcast from a popular Queens nightclub. The live airing sounded off on New York City’s La Kalle 105.9. Despite Spanky not working at the station full-time, he earned the respect of the station’s colleagues for his professionalism on the microphone and his ability to rock crowds with ease.

In 2007, while attending St. Johns University, Spanky created what many veteran DJs before him have failed to capitalize on: he put together his own college tour. The mixer landed at such lauded institutions as the University of Illinois, Boston University, University of Southern California, and University of South Florida, among others. Later that same year, Spanky found himself spinning records inside Madison Square Garden to a crowd of over 25,000 patrons for concerts sponsored by La Kalle 105.9 and La Mega 97.9. Spanky has also held a two-year residency at the legendary club Pacha, as well as spun records at Duvet, China Club, Latin Quarters, Copacabana and Webster Hall.

These days, DJ Spanky’s presence is cemented on traditional radio airwaves, inside nightclubs and on Internet radio stations. Every week, Spanky commands crowds three to four nights throughout the tri-state area in a variety of venues. He also appears each Tuesday and Thursday from 6 p.m. to 8 p.m. Eastern time for the “Certified Radio” show on AListRadio.net, where he showcases his talents spinning top 40 and house. DJ Spanky also held a weekly spot on PARTY 105.3/101.5 Long Island, where he can be heard Fridays and Saturdays from 10 p.m. to 11 p.m. Listeners worldwide can also tune into www.PartyMusicLeader.com to hear him spin. Besides those stations, Spanky’s sonic blend of tunes are available www.soundcloud.com/dj-spanky  and his personal website, IAmDJSpanky.com 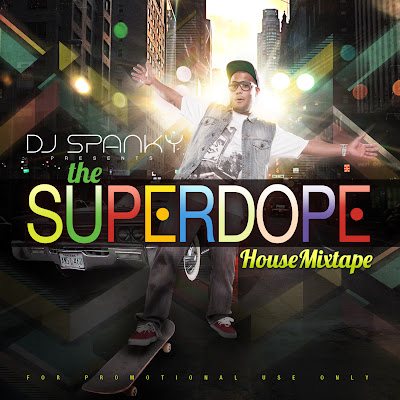 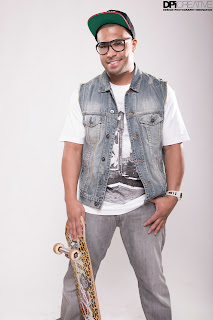 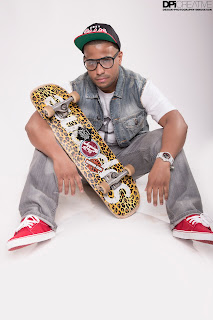 Keeping in tune with today’s advanced technologies, DJ Spanky has created a suite of mobile applications encompassing the largest range of smart phones, including the iPhone, and Android. Which are under Reconstruction. He will be releasing a new and improved version very soon  Users can remain up-to-date with his touring schedule and his signature remixes. For a DJ set on topping every one of his past accomplishments, giving up is never an option. “Quitting is a weakness that I cannot afford to have,” says Spanky. One look at his resume proves he’s in this game for the long haul.
Posted by RichGodd at 6:54 PM